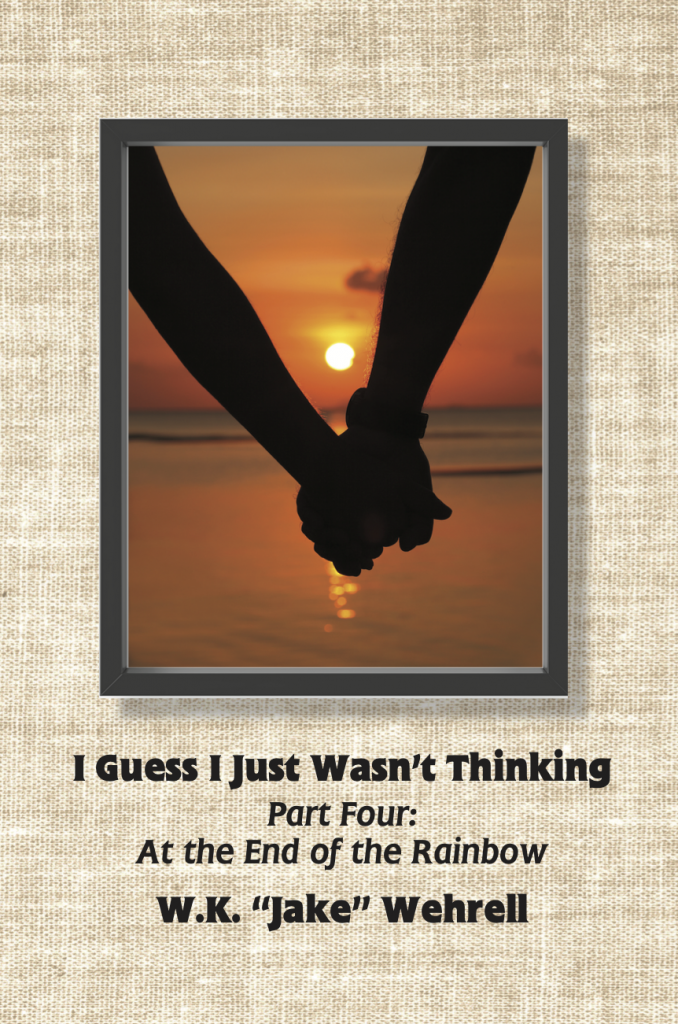 C. Reynolds : Verified Amazon Purchaser
★★★★★
Read More
Took me three parts to unwind this tale, but the journey was well worth it! Finishing the last page of Part Four, the book slipped out of my hands and I was staring at the wall—stunned. I discovered I had been taken into the confidence of a man who perhaps did not feel he deserved to live, and he tried to live or die in many implausible ways, yet he had not just 9 lives, but 99. Unfortunately moral justice was done by the 100th.
J T Ratliffe : Verified Amazon Purchaser
★★★★★
Read More
Part Four! The further we go beyond Part Three the more incredible the story becomes. Part Four is the final installment in a story of a life that goes beyond the unbelievable to the fantastic.

It memorializes a man who is a war hero, without a doubt, but unlike most stories of heroes we are also exposed to his constant self-doubts and anxieties. We keep up an uneasy feeling as every page is turned. Yet he survives the vagaries of this unstable and dangerous career, and he triumphs to start a dream life in retirement.

His recurring problems with women, married life, and domestic obligations are woven into the tale in a sympathetic way. We root for his survival as a daring hero, and we root for his survival as a troubled male. He outlives the war zones he started in to go on to a respectable career as a corporate pilot. But that too is jerked away. To fill the void he has to take charter-flying jobs in poorly maintained aircraft with suspect passengers, to questionable destinations. Eventually he finds himself in Saudi Arabia teaching inept young Saudi's to become jet fighter pilots. He survives this sojourn better than his hapless students, and his evaluation of Saudi ethics, attitudes, and aptitudes will leave you laughing. Then comes the more unbelievable: After he flies for some drug running out of South America, he finds that he was tricked into that. How he was not arrested...well, that is in the story too.

Then comes a job of flying for the CIA in the Contra War in Nicaragua. He survives that too, which in itself is the most spell binding story you will ever read. But, in the process I think he breaks every rule for pilots the FAA ever dreamed of--but still a tribute to his skill and resourcefulness. At this stage you will have stories confirmed about this man that you might have seen in major newspapers and on the history channels. A little secret in the story is that he finally reunites with the only female with whom his intimate aspirations and expectations have ever been fully met. We are happy for him and his relief. But, could it be that in that triumph, he might be brought down by what some pilots call, "The Golden BB?" Read and learn.

I Guess I just wasn’t thinking Part 4: At The End Of the Rainbow  – Having finally found that one woman who decisively 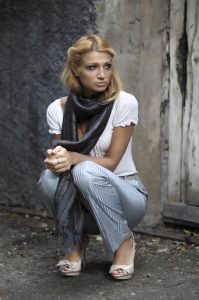 unlocked his manhood, Roger is now a changed being—emboldened and empowered; with a glorious vision of happiness and fulfillment he never dared to imagine. However he is also faced with a daunting challenge: 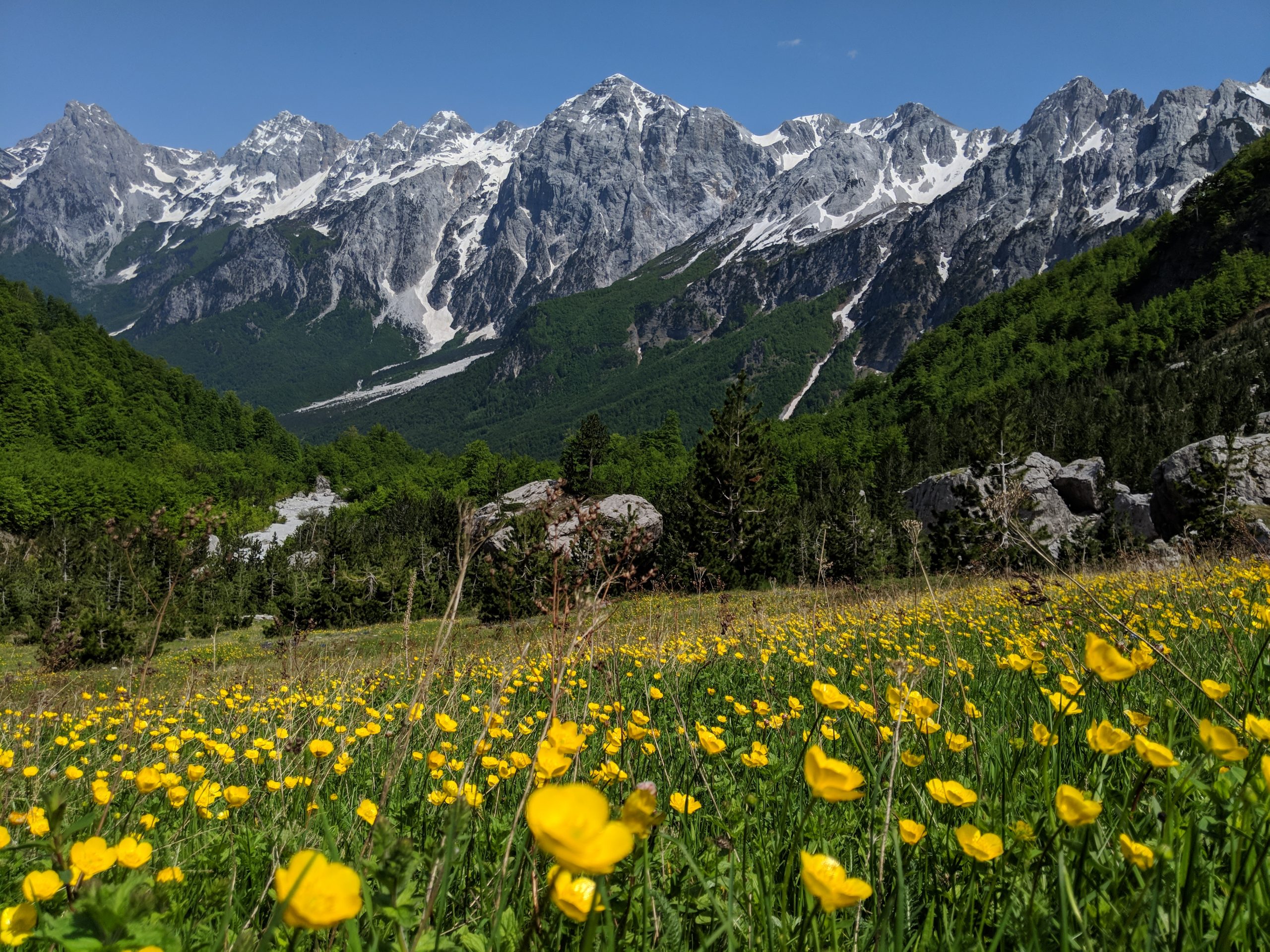 How can he ever obtain a sufficiently respected position to merit a life with a woman like Mireille. After seeing and feeling the majesty of snow-capped mountains and the pastoral French countryside, he is full of doubt that she would ever be able to abide a table-flat, hot and geriatric Florida.  Culture shock for sure. Alas, he will indeed need a very special position in a very special place. 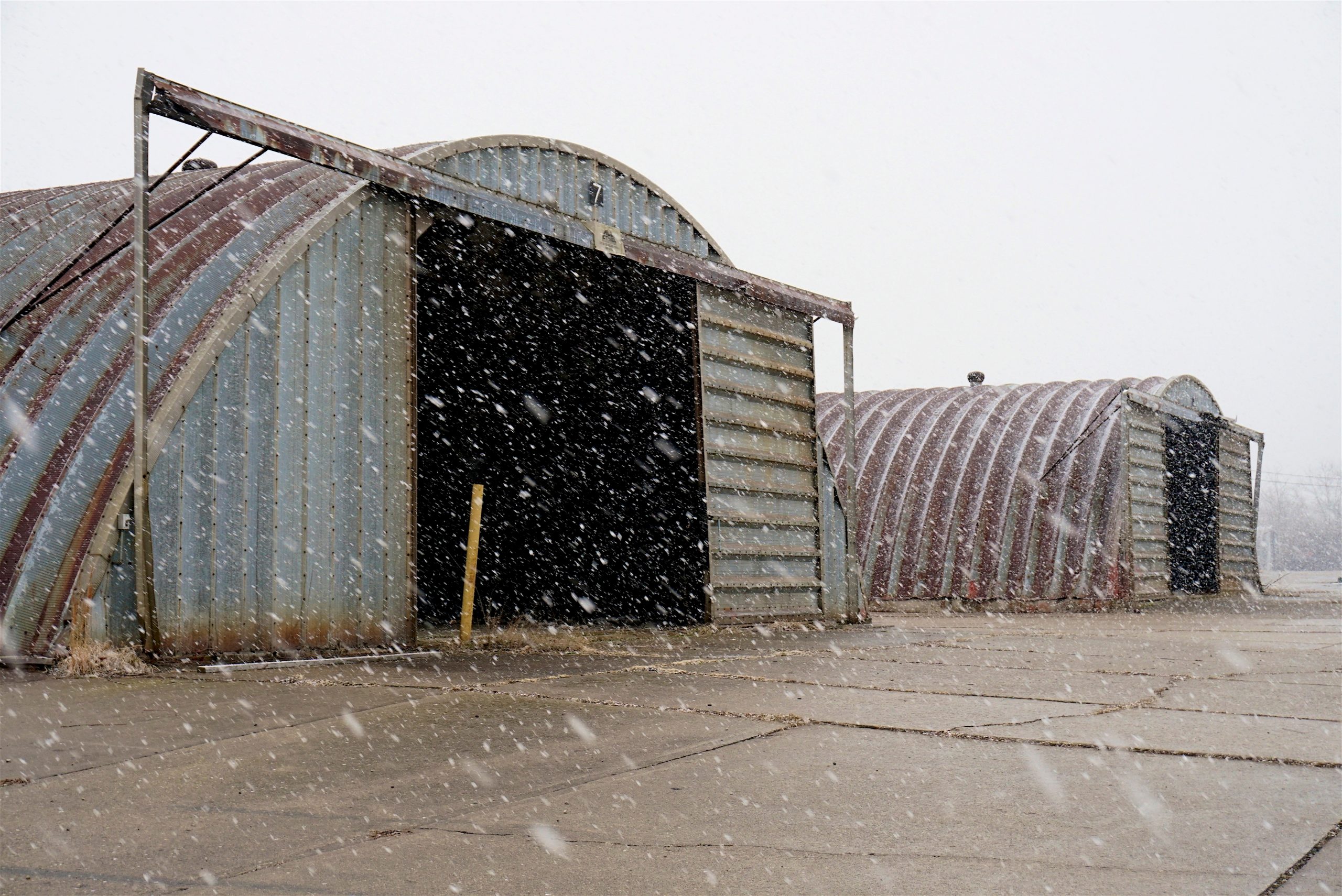 Employment in France out of the question, Roger sets out to find a stateside solution; reluctantly accepting and then leaving less than auspicious, poorly equipped and shabbily domiciled aviation organizations, knowing that they fall way short of what he needs for Mireille to even consider joining him in the states.

But wait! There could  be a God. Roger is hugely lucky in attaining a position with a Fortune 500 company operating not only Learjets, but the queen of the corporate jet fleet — a sleek new Gulfstream IV (kept in a gleaming brand new hangar)! 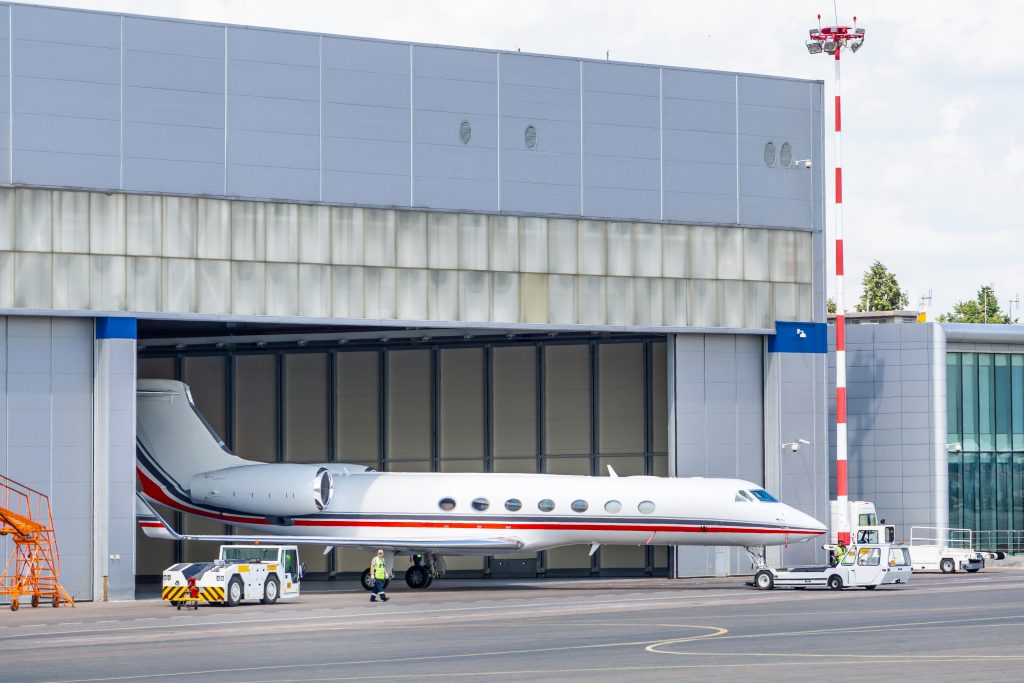 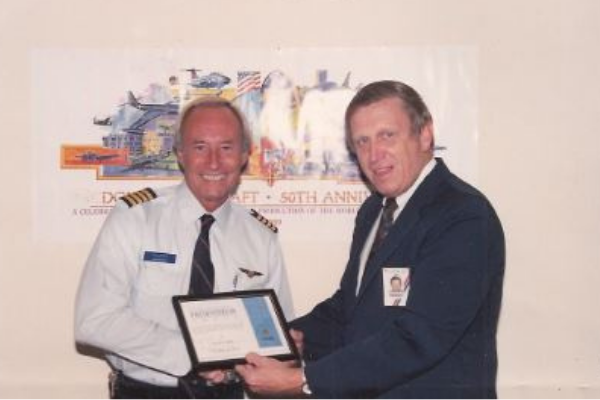 Ruefully, after distinguishing himself and being the recipient of rapid promotions, he is sabotaged by a fearful colleague. We see him reeling in the disgrace of being terminated for no reason other than being “Outplaced for Management Convenience.”   (This nomenclature is usually a euphemism for some unmentionable dastardly act, and sufficient to deny Roger any chance for a respected position). 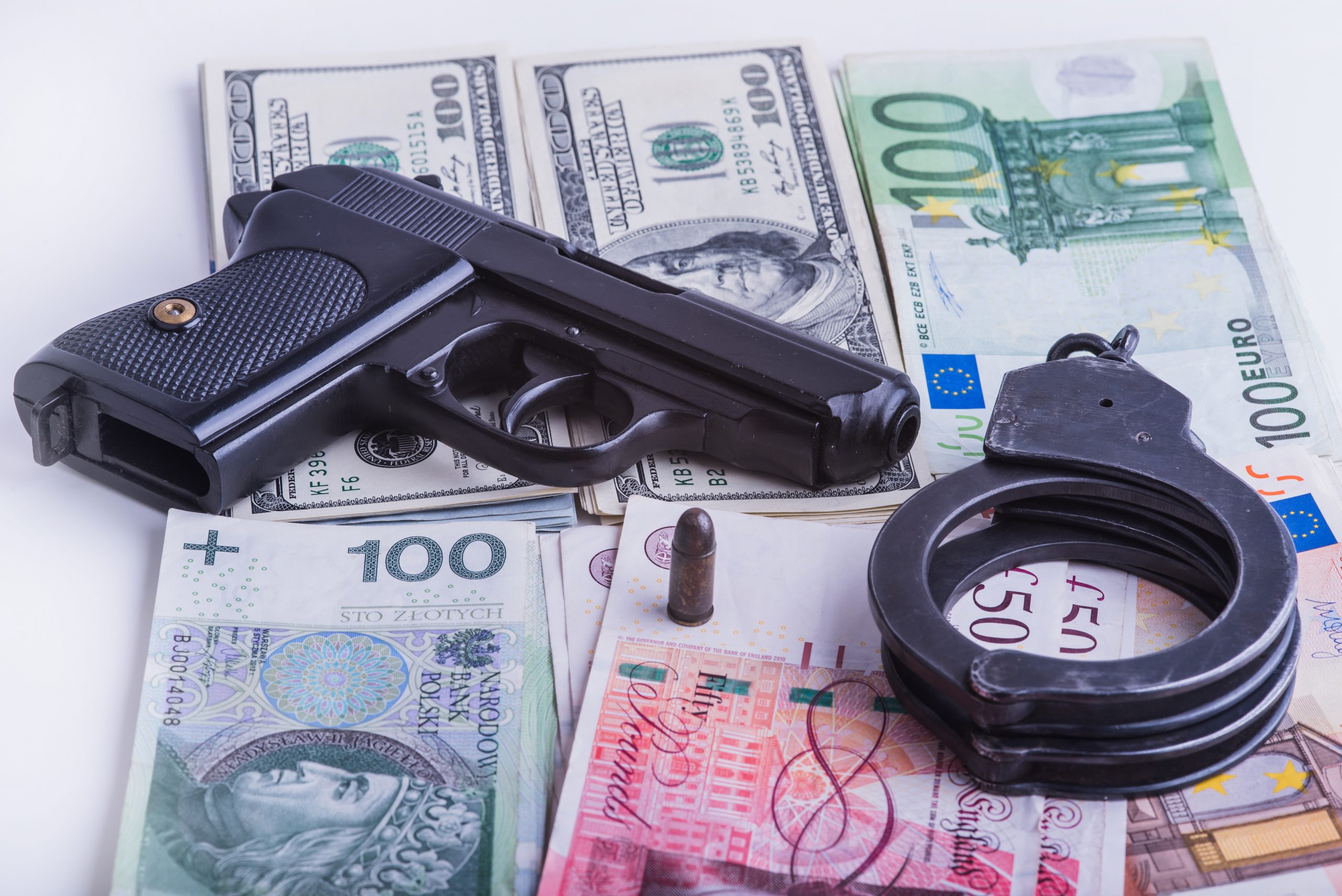 Mortally discouraged and at wit’s ends, we cannot expect Roger to “change his spots.”  We again find ourselves screaming instructions at him as in desperation he retreats to more familiar territory: engaging in a string of dangerous, disjointed and sometimes illicit jobs (such as being hired to break an old friend out of a Colombian jail, being hired by Oliver North to drop guns to the Nicaraguan guerillas, and flying as a Saudi Air Force pilot in the MiddleEast during Desert Storm)

Standby for a startling conclusion! In this part you will be at Roger’s side, sharing with him the consequences of his dire, life-determining quest; seeing and feeling with him, the highest hopes, the gravest disappointments, and finally—to your amazement and gratification, and to conclude a lengthy tale, a second miracle! Nothing at all like his first miracle, but providing all that one might expect… or all that one might never have expected.

I Guess I Just Wasn't Thinking

View The Other Parts Of The Series